How come PLASTICZOOMS jumped out Japan and started playing music in Germany? Three of them talk about their self-titled album ”PLASTICZOOMS”. This ambitious album reflects their club music experience in Berlin directly.

−As it’s going to be your first appearance on BELONG, will you tell us how you started the band?
SHO： It all started when I was students of “Tokyo Mode Gakuen” (a famous college for fashion, design, and beauty). At that time, early 2000s’ Garage Rock such as “The Strokes” was a popular trend. But I had always wondered why Japanese bands didn’t link fashion and music. Punk and new wave bands I prefer created not only cool music, but also cool fashion.
The reason why I started our band is because I knew I would have to create these kinds of band on my own as I couldn’t find one in Japan.
This is how the story of “PLASTICZOOMS” started.

−Next, will you tell me why you decided to call your band “PLASTICZOOMS”?
SHO： There is no special meaning for it, but it is a neologism that I created myself. First of all, the written characters are easy to remember and easy to be designed. And, It’s like we focus a camera lens on changeable materials such as “PLASTIC” by “ZOOM”ing-in on them. So I chose this name in the sense that we can change our style to suit our creations on a moment-to-moment basis.

−I heard that you guys were in Berlin before you released this new album. What made you decide to go overseas?
SHO： Although we were in Berlin for a year, there was no absolute necessity to be there. I chose Berlin to create a brand new music movement by ourselves, rather than joining the established movement. I once heard that Berlin’s music culture is incomplete. So I thought that we are going to be able to get a chance.
I was wondering how far we could go in Germany, in the place where the music I have been influenced by was born.
We jumped into Germany without any previous research.

−What kind of musical activities have you experienced in Berlin?
SHO： At first, people in Germany didn’t give us any attention and we couldn’t have any chance to play music for the first six months. All we could do was to go to the bars and the music venues a lot to connect with local people and just wait for chances. We didn’t decide where we were going to live when we first moved.

−Is that so? You guys didn’t make any plan before you went there.
SHO： That’s right. After six months have passed, we were finally able to organize our first live event at a music venue called “Marie-Antoinette”. It was a one band performance back then.

−Wow! I am surprised to hear that you did your first show without any supporting acts from the very first time.
SHO： Therefore we didn’t have to care other performers. We were very nervous if we didn’t see any audience there, but we just wanted to try by ourselves. Though we had no idea how it was going to be, some people in Berlin who knew about us came to see our show! This gig became our breakthrough and we could start playing as a tour in other countries, not only in Berlin.

−Next, please tell me about your new album. How did you change the style of music from the previous works? I felt that the electro sound became more dominant than before.
SHO： The biggest reason is that I was in a club almost every night in Berlin and was shocked by thousands of things. The sound was completely different from the sound in Japan. I could clearly recognize people talking although I was in the very loud place. I had never felt tired of being in the club and felt like I could continue dancing forever. I’ve been wondering why and came out with one idea; Dancing is originally included in every human being’s DNA because it is very natural for the babies to dance when they first learn how to walk. I had a chance to think about such things and realized that I like danceable music. Our new album was made to make me want to dance. I’m sure that everyone will feel the same. Both aggressive pieces and medium tempo pieces end up in dancing. 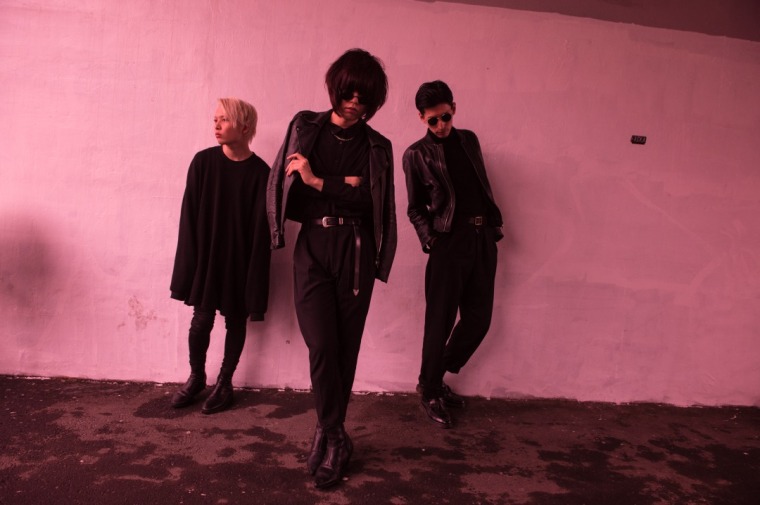 −Why did you decide to create the self-titled album this time?
SHO： I’d been thinking about releasing our album as a self-titled album, but it had never been the right time to do it. Finally we could create an album about which we could say “This is PLASTICZOOMS”. It will be a suitable explanation of ourselves as we will release this album not only in Japan, but also in Europe.

−What do you mean by the concept of your new album, “Weekend, Dance Floor, Smoke, Strobolight, Emotions”?
SHO： It is very important for me to express my exact emotion in my creations. In Berlin, the club was the place where I could express my emotions openly. At first, I was dancing alone on the dance floor, but found myself in a circle afterwards, having an eye contact with them, dancing with them, hugging them in the shining strobe light and the smoke. I felt just awesome. I wanted to make the work like this feeling. I will be very happy if someone listening to our album feels the way I did, feeling awesomely good, just like having an orgasm.

−I see. Then, I’d like to ask you if you thought this album was something more challenging?
TOM： Its sounds are more danceable and its melodies are more emotional. Those points were a bit of a challenge for us.
SHO： I asked TOM to make guitar riffs and guitar solos for this album. He immediately picked up on my vibes from a demo I made and created many phrases.
TOM： For guitar solos, I played with a full range of emotions. And for making guitar riffs, I tried to make the listeners want to dance.
SHO： We were very particular about how the songs make the listeners be excited. When we recorded the guitar, we judged it on whether I could dance with it or not. Therefore we didn’t choose songs that I didn’t feel like dancing with in the demo and recorded 10 songs I felt I could dance with.
TOM： I hesitate to dance in the club a bit, but SHO doesn’t. I’d been wondering how I could play the guitar to match the electronic sound of Berlin’s clubs. The first song of the album, “Frontal attack” is the answer.
JUN： I got to know various kinds of music in Berlin’s clubs, and I experienced music with minimal sound for the first time. I was surprised by those kinds of music because I could recognize just a few changes, as the music only has the minimum necessities. Also, I found an interest in the sounds that remained in my ear for a long term. For the third song of the album, “Quite Cleary”, the bass continues playing the same phrases to express the good feelings of a refraining sound. That was also a new challenge for us.
SHO： I thought that JUN’s challenge was subtraction. There are two different kinds of songs composed by myself and they go well with the recorded bass sound and with the synthesizer bass sound too. Each song makes it clear which is the better choice. For this album, many of the songs went well with the synthesizer bass sound. I understand that most bassists want to play the bass rather than using a synthesizer, but JUN was flexible enough to use the synthesizer. I think that he learned from our experience in Berlin, listening to the various kinds of music.

−Finally, what kind of people do you especially want to listen to this album?
SHO： As we are very confident with our new album, I would like people who didn’t know us before to listen to it. For our previous fans, I want them to be surprised with our new album and hope that they will come to see our shows more and more.
JUN： We hope that not only the people partying at the club, but also the people who have never experienced dancing will listen to this album. It will be our pleasure if our album would make an opportunity for knowing how the music makes you want to dance.
TOM： I want all of the people who want to experience something new to listen to this album because even I could not have guessed the album would be like this. Who’s ready for a shock? Please check this out.